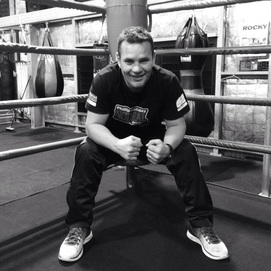 Phillip Holiday was a 6x IBF world lightweight champion. He had 100 amateur fights with 96 wins 4 losses. He turned pro in 1991 and captured the Vacant IBF Lightweight Title in 1995 with a win over Miguel Julio. He defended the title six times, eventually losing to Sugar Shane Mosley. Phillip still holds the world record for most punches thrown in a fight when he fought & beat the undefeated Ivan Robbinson. Nelson Mandela quoted Phillip to not only be one of his favourite boxers of all time but also one of his favourite athletes. In 2010, at age 40, Holiday made a comeback to the ring winning the Australian Junior Middleweight Title against a great young ranked boxer Jason Kanofski. Phillip now turns his attention to his fighters at the NoDeal Boxing gym in Brisbane/ Ormiston. Phillip doesn't only bring his vast experience to the gym but he has also completed various Thump courses. He has his amateur and professional trainers licence as well as his Queensland Government Sports affiliation certificate.
Powered by